theguardian
Arsène Wenger has his World Cup winners back for the visit to Goodison Park and the availability of Mesut Özil, Per Mertesacker and Lukas Podolski is timely following a taxing Champions League trip to Istanbul in midweek and the loss of Mikel Arteta to an ankle injury. Arsenal were outplayed and Wenger outthought in a 3-0 defeat at Everton in April, with Romelu Lukaku starring for Roberto Martínezs side. Goodison will be keen for a repeat from the £28m striker after a subdued opening game at Leicester City. Andy Hunter 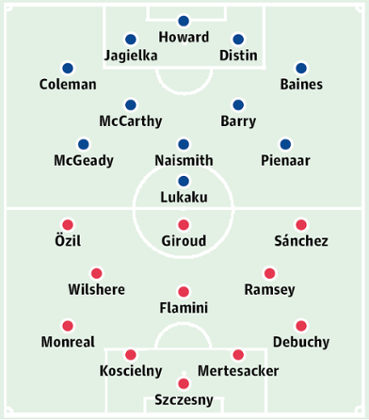